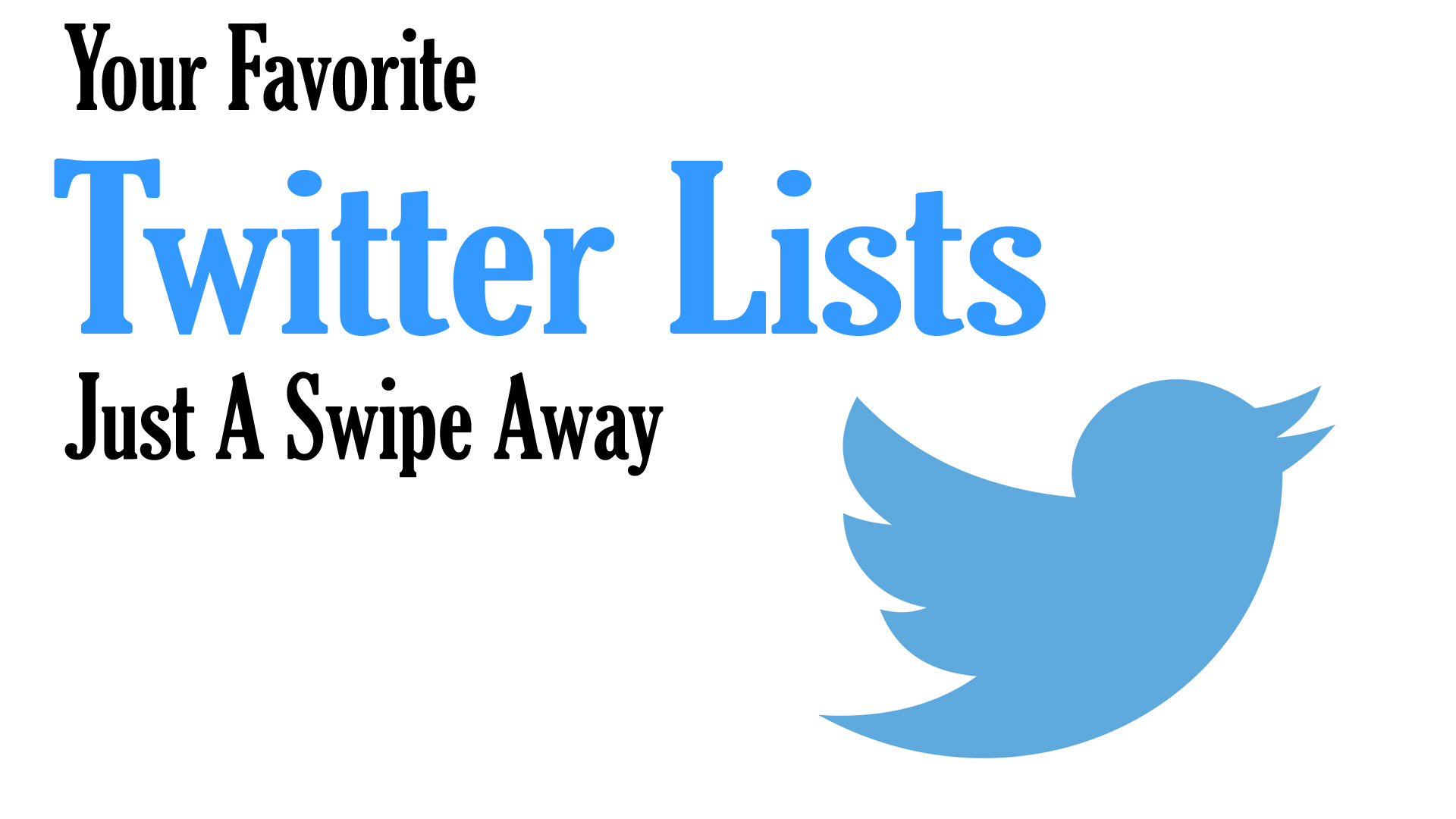 Want your Twitter lists at a swipe away? Here’s how can you do it.

After what it seemed like an eternity, Twitter finally brought us the ability to swipe between lists.

Lists are very important on Twitter and should be part of any social network. They allow you to filter the people your follow by subjects. You can have lists for news, for TV shows, for games and so on.

Also, you can even add people to your Twitter lists without following them. There very flexible. and useful.

So it makes sense that you would want to access them faster than opening menus and tapping a few times to get to your lists.

Now you can pin your favorite lists and just swipe on the main screen to open them.

Now that you pinned your favorite lists, you can use them by tapping on them on the top of the screen, or by simply swiping left or right on your screen.

List pinning on Twitter is a simple but very useful feature that we’re glad to finally have. Also, doesn’t seem to be any ads on list, so far, so there’s that.