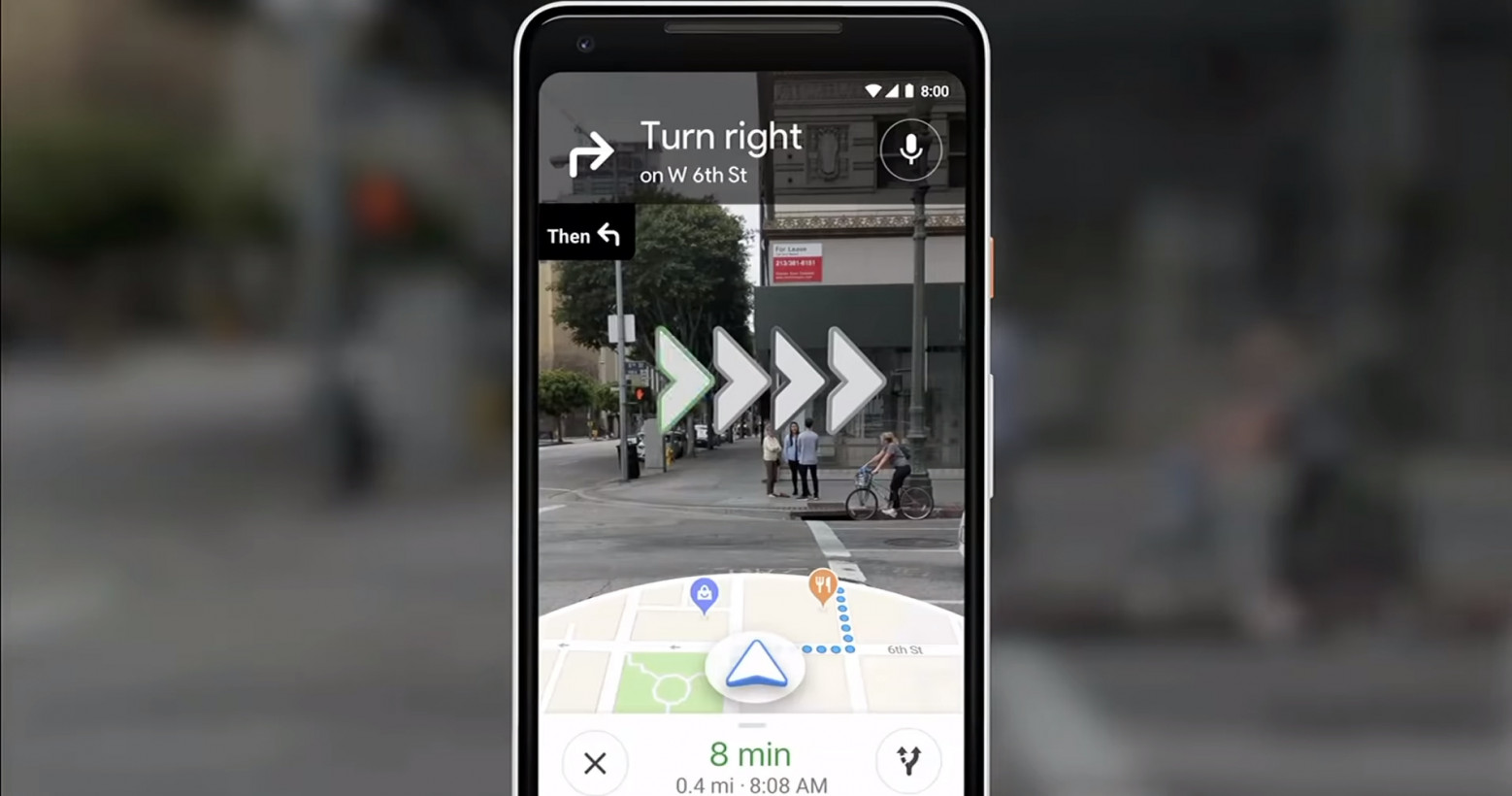 Google has launched an augmented reality navigation option for Maps, currently available only to a limited number of users.

The location process will run as usual, with the help of GPS and Internet connection. But, in addition, Google Maps will also use your phone’s camera for augmented reality.

Augmented reality comes as an overlay to the real-world environment that will help the user navigate more easily. This feature will be part of the pedestrian navigation mode only.

For example, in an intersection, the augmented reality function will place an arrow on a building so that the user can understand in which direction to go.

Basically, in the new mode, the camera will display the environment on the screen, and augmented reality will generate indicators that will overlay the elements in the real world.

The augmented reality will not completely replace the tradition maps based navigation. It will actually be a way for users to get help when traditional maps are not enough.

Google does not want Maps users to navigate exclusively based on augmented reality, so the app will show a warning after a while, and it will automatically shut down the camera eventually to force the user back to normal mode.

There are concerns about the safety of users who pay close attention to their phone screen. Also, the augmented reality will be a big battery drain feature so you don’t want it on all the time.

The new augmented reality mode in Google Maps will initially be available only to local guides so it can be extensively tested before the official release.