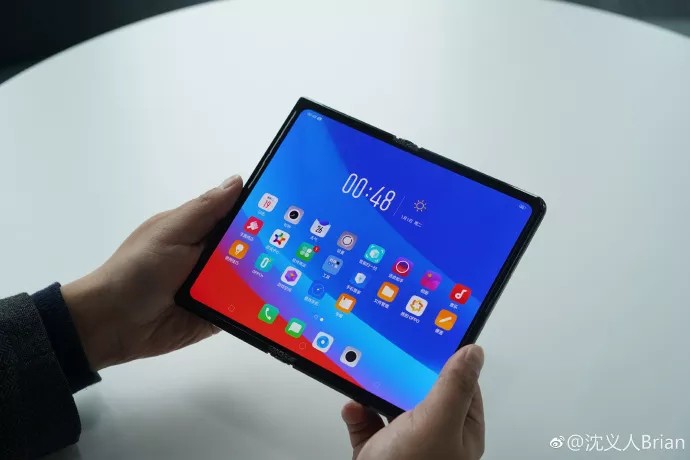 Well, we don’t really expect it to be cheap, but at list cheaper that 2.000 euros that Samsung wants for their Galaxy Fold thingy.

Chinese manufacturer Oppo has announced that he is also working on a foldable smartphone, without saying when it will be launched and how much it will cost.

2019 has all the chances of becoming the year of China’s avalanche of foldable smartphones, where clones or original approaches that cost less than 2,000 euros are expected.

Oppo gives the starting signal, the company that owns OnePlus, one of the most popular Chinese smartphone brands worldwide.

Executive Brian Shen has published a series of pictures with the folding smartphone he is currently working on.

Oppo seems to prefer the design used by Huawei on the recently presented Mate X.

In this format, there is only one large screen on the outside of the folding system, and an indoor wide strip that houses the sensors, cameras and some of the internal components.

The Chinese official did not provide technical details, but he said that the prototype would be produced only if it is found that there is enough demand for this category.

Oppo’s folding smartphone is about to be the first in a long series of similar devices that Chinese manufacturers will launch and refine in the near future.