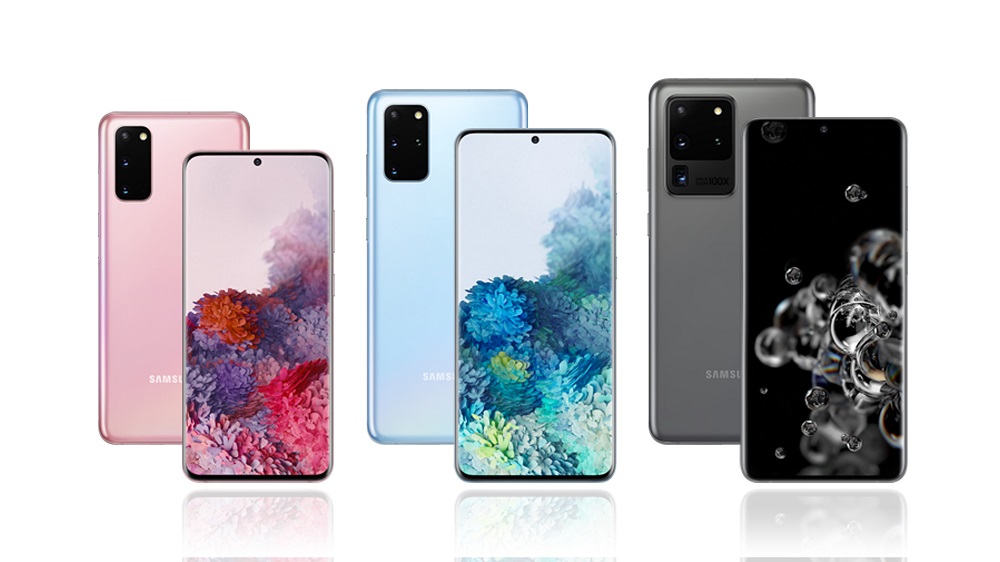 Except for the even bigger camera bump, the new phones look very similar to last year’s S10 flagships.

Both phones have a 12MP main camera module, capable of 8K video recording. Both can be 4G or 5G capable.

The two model will be using either Snapdragon 865 or Exynos 990, depending on the market. They can have from 8GB to 12GB RAM and from 128GB to 512GB storage.

The S20 Ultra main differences come from the bigger 6,9″ display and the 108MP camera that takes 12MP photos at a maxium of 10X hybrid optical zoom.

Also, the selfie camera has 40MP.

The chipset, memory and storage options are the same as the first two. The battery has a 5,000mAh capacity.

2 thoughts on “Galaxy S20 – everything about the new Samsung flagships”